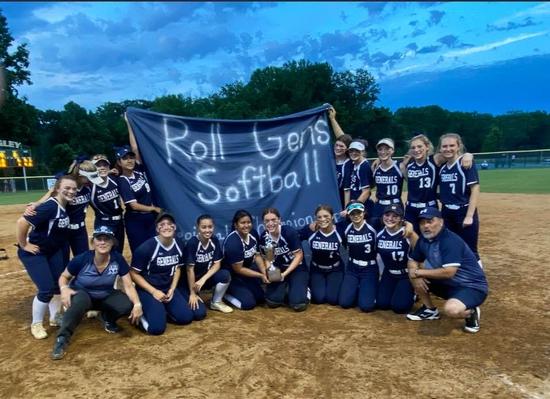 In culmination of their storied regional playoff run, the Generals defeated the Langley Saxons 4-1 to win the VHSL Northern Region Championship on Friday June 18.  The 'ship capped a four-game regional winning streak during which the Gennies bested Chantilly, Wakefield, Madison and Langley.

Emilie Doty got the complete game win, with 14 strikeouts.  W-L tallied nine hits, including 3 for Bridget Bartz and a solo home run by Kaitlyn Fado.  Allie Malone, Emilie Doty, Ava Lansbury, and Meghan Long had the balance of the hits, and Caitlin Miller scored a run after reaching on a hard shot.  Sophie-Adams Smith and Allie each had a key SAC bunt.

Defensive gems included big catches by Ava, Bridget, Caitlin, and Allie, and the game-ending play in which Nadia Foote knocked down a grounder at 2B and fired to Alex Socknat, who managed to stretch for the elevated throw to secure the final out.

The Generals are Region champions for the first time in school history, and now advance to the STATE SEMI-FINALS on Tuesday evening versus South County. 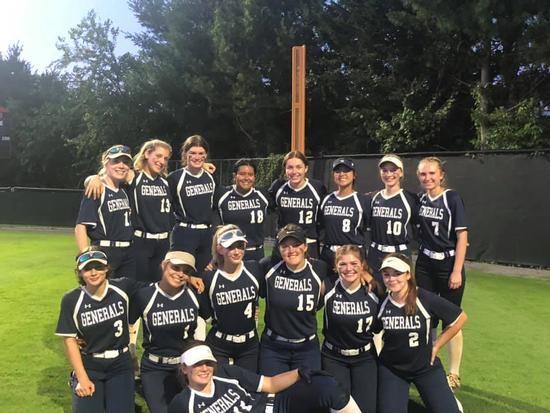 In a tense thriller of a game, the Generals defeated perennial powerhouse Madison HS (Concorde District Champs, Region Champs, and State Champs in past 3 years) in extra innings 1-0.

Emilie Doty pitched a gem again, going 9 innings, with 14 strikeouts and giving up just 3 hits, only one reaching the outfield.  The Generals' defense was flawless, with no errors.

Eight Generals reached base safely during the game, including Bridget Bartz (who had a leadoff triple in the 6th), Allie Malone, Caitlin Miller, Ava Lansbury, Kaitlyn Fado, Grace Kane, Alex Socknat, and Emilie.

Sofia Cropper, Tejaswi Panday, and an injured Meghan Long were all at the ready to pinch hit in the extra inning battle, but Emilie slammed the door on the meat of the Warhawks' batting order, getting ground outs from the 3 and 5 hitters and then two final strikeouts for the win!

The Generals advance to the Northern Region Championship game (for the first time in school history) on Friday June 18 at 6:30 pm at Langley High School.

Gennies Defeat Wakefield -- On to the FINAL FOUR! 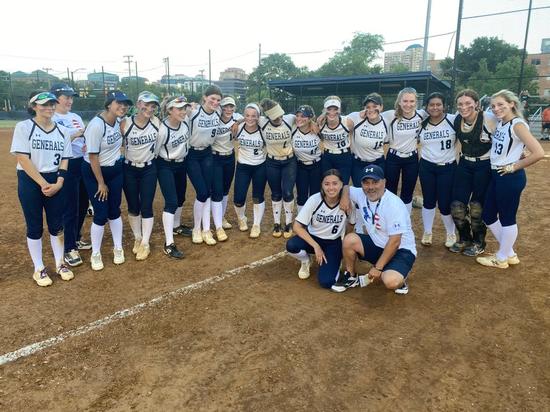 The Generals defeated Wakefield 5-1 on June 14, to advance to the Regional Semifinals against Madison on Weds, June 16 at 6:30 pm @ Madison.  Emilie Doty pitched a complete game 17-strikeout two-hitter, giving up zero earned runs.  Miraculous defensive plays were made by Caitlin Miller at third base and Grace Kane in centerfield.  The offense was led by Bridget Bartz with two hits, including a triple-turned-inside-park-homer.